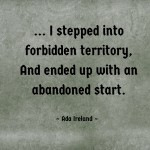 Abandoned Start By Ada Ireland   It was a simple conversation on dancing swans, forgotten boats, poor rats killed on a pedestrian crossing, and wind-up clocks that slowed down time. I should have stayed on friendly topics. Instead, I stepped into forbidden territory And ended up with an abandoned start. 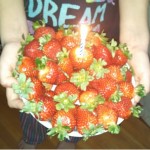 Not everything I do is well received by my family. That’s no surprise considering I’m a minimalist freak who likes to eat healthy vegan meals most of the time. Guess how many kids would like to have me for a mother? One of the things that caused uproar in my family was a tradition I […] 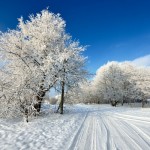 Western New York winters are harsh. And long. Some people say they last six months. That’s an exaggeration. Winters only last five miserable overcast months, twenty-nine freezing days, and twenty-three bloody awful hours. At least that’s what it feels like. Since I love heat, sunshine, and being outdoors, I learned to dread winters. That all […] 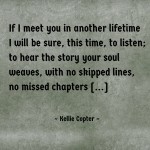 Kellie Copter is a talented writer I have started reading just a few days ago. Her blog is a collection of poems, thoughts, and quotes – a style that appeals to my eclectic tastes – and her writing is beautiful. Here are a few verses from her latest poem and a link to her blog. […] 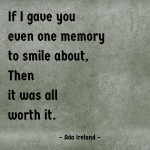 Worth It By Ada Ireland If I gave you even one memory to be nostalgic, turned on, smile, or blush about, Then it was all worth it. 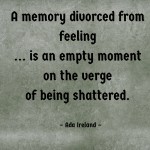 Fragile Moment By Ada Ireland   A memory divorced from feeling is too fragile to withstand the test of time. It is an empty moment on the verge of being shattered. A bit of life never to be remembered again. 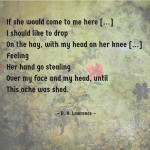 Here’s an excerpt from D.H.Lawrence’s Dog Tired. A beautiful poem I came across today and felt compelled to re-read several times. “If she would come to me here […] We could gather up the dry hay from The hill-brow, and lie quite still, till the green Sky ceased to quiver, and lost its active sheen. […] 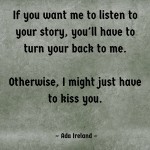 Hypnotized By Your Lips By Ada Ireland I know you’re trying to tell me something but I don’t understand a word. I keep staring at your lips, the way they move at just the perfect speed with just the perfect amount of smirk, teeth, and the tip of your tongue showing. All I can think […] 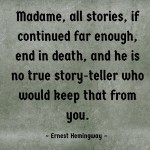 Happily Ever After By Ada Ireland   They fell in love at first sight. Their happiness and passion inspired timeless stories. Their love lived longer than they did. And this is, line by line, a counterfactual poem.

I Write Because … By Ada Ireland   I write because you said I could and I believed you.