A few days ago I talked about Chuck Wendig’s challenge to write a two thousand word story filled with profanity, sex, perversion, and all that filthy stuff. He wants to start a revolution, that one. Actually, Chuck just wants to see the Clean Reader app destroyed beyond any chance of recognition, and to put fear in the souls of those misguided prudes who’d think of using the Clean Reader’s foul DNA to create tiny censoring offspring.

Did you understand any of that? No? That’s because someone used the Clear Mind app on my post and scrubbed any reason out of it. That’s a good explanation, isn’t it? Moving on, now.

Because I’m a prude myself (but only on paper, mind you), I wasn’t sure how I was going to complete that challenge. Until today, I had no clear idea of what I was going to write about. Something came to me a few hours ago, and I think it might work. And guess what? It actually has one swear word in there. It’s half bleeped, but it’s freaking obvious what I meant to say!!!

The only problem? It’s not a finished story. I’m only about 25% done. Since that’s better than nothing, I’m giving you my latest non-boring, fast-paced beginning of a story. Enjoy!

“Her BP is dropping. We’re losing her!”

“Get me the paddles. On the count of three. One. Two.” The paramedic’s count was followed by the low buzzing sound of the defibrillator’s paddles sending an electric shock into Jane’s body. “One. Two.” Another buzzing sound. “One. Two.” More buzzing.

“It’s not working! I’m getting no pulse here. ”

The frantic voices and the painful shocks were bloody annoying. What the heck? screamed Jane. I’m beat up already. Stop this stupid crap!

Nobody heard her. The screaming was all in her head. Her body was shutting down. Just moments later, out of the chaos of the loud ambulance siren, the determined efforts of the paramedics, and the infernal electrical shocks, rose the unmistakable, piercing, flat sound of the heart monitor: Jane’s heart had flatlined.

Dead? she wanted to argue. No! Wait … and then there was nothing. Just complete darkness and perfect silence.

Folks say that some people die and go to Heaven, and some die and go to hell. I’m really not sure about all that. To my mind, that’s a mighty presumptuous and at least two shades too narrow-minded of a thing to say. But what do I know? I’m just a crazy old man who listens much but hears little. The kind of man who likes to think his own thoughts. What I do know is that some people have to die before they truly live.

Miss Jane Boring died today. And if you want to find out where she’s heading, well … I’m afraid you’ll have to read on. I have to tell you a little more of her story. Don’t worry. I won’t take you too far back. Just a few years and a couple thousand words or so. This is a short story after all. 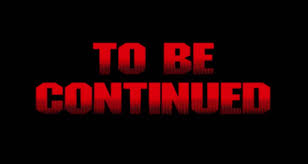