“Whining zone ahead” warning. Yes, that means this is a post where I’ll be whining because I’m in a foul mood. It happens even to the sweetest, nicest people. I’m not saying I’m one of those people. I’m just saying that I’ve seen it happen.

Ahem, back to whining now. For me writing is very … sensual. Not in a carnal way, mind you. It’s different than that. To be able to write something I’m not embarrassed of, I can’t think of what to write. I have to feel it, taste it, hear it … I have to immerse myself completely in it. Does it make sense?

Let me try to explain. As soon as I start thinking  of what my story should be, it starts sounding forced … fake. Instead, I place myself in the middle of the story, in the minds of my characters. I feel exactly what they are feeling. I fully experience (with all my senses) what they are going through. That doesn’t mean that the story I’m writing is any good. But it’s authentic. At least to me.

Some days, escaping into my story world comes easy. Some days it doesn’t come at all. And some days, like today, I keep going back and forth between my real world and a Dark God’s world that I’ve just starting exploring.

Why this inability to focus? Because I have too many things of my mind. When my real world is too hectic, I get dragged down by my own problems. I know that most of them are self-created. I have a tendency to make mountains out of anthills. It doesn’t happen much, truth be told. I am very laid back about most things. Yet, there are a very few people and even fewer things that matter a lot to me. When I care about someone, or something, I can take whatever feelings I have for them to the most intense level. That can be really exhausting.

Fortunately, there is something that helps me get rid of dark thoughts and heavy feelings: physical effort. I love being active. It calms my mind like nothing else can, not even music. Hiking is my favorite past time, but, since I live quite far away from any good trails, I often go running. That’s what I did today. I’m feeling better now. That’s why I’ve been able to work a little more on the Dark God’s story and write this blog post too.

For the most part, this blog is not for the readers of my future best-sellers. Rather, it’s for myself and for any other new writers. It helps me figure out some of my problems and, hopefully, it helps those other pen-monkeys (I borrowed the term from Chuck Wending) feel less alone when they are plagued by lack of inspiration or lack of focus. You’re not so special, mates! The fickle muse and an uncooperative brain are things we all have to deal with. So go out for a run … or a drink, for that matter … then come back to your imaginary worlds. That’s where most of the fun happens.

I’ll end this with a quote from John Updike’s Hoeing. I liked it very much when I first saw it. I don’t do any hoeing, but I sure do a lot of running. My soul is better off because of it.

I sometimes fear the younger generation will be deprived
of the pleasure of hoeing;
there is no knowing
how many souls have been formed by this simple exercise.

P.S. There are so many funny pictures about bad moods. Just google them. You’ll get a good laugh. 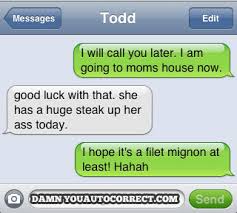