I wrote my second piece of flash fiction several days ago and posted the first draft on my blog. It’s called “Teardrop”. I don’t think it turned out too bad. There are plenty of excuses I could use to account for its “average-ness” but I’m not going to use any of them. Right now I’m just happy writing. I don’t want to apologize for my mistakes. I want to make them, get them out of the way, and start writing better stories.

I also want to tell you about the flash of brilliance that hit me while doing the dishes and thinking about that first draft. Don’t worry. It was completely safe. No damage was done. Unless you want to talk about my brain damage … but no, let’s save that story for a different time.

As I was saying, I was doing the dishes and thinking about my “Teardrop”. The way I wrote it, I came very close to the word limit that was set up for it: three thousand words. I tried to leave out everything but the essential.

I thought I was so clever by using words like “king”, “castle”, “knights”, “goblet”. Well, I still think I’m clever. (You won’t get any false or real modesty from me … sorry.) Those words did a pretty good job at taking the reader’s mind back to ancient times or … to fairy tale land. It doesn’t actually matter. My goal was to make you think of faraway lands and faraway times. No CEOs, skyscrapers, or coffee mugs in this story!

What I failed to do though, was paint a clear picture of where the story starts. It was very clear in my mind, of course. But, unless you’re a mind reader, I doubt you could see that the story opened up in the throne room of an ancient castle. That part never made it on paper.

As I thought of my mistake, I said to myself: “Self, it sure would have been nice if you could have used a picture of a throne room bustling with happy courtiers, serious knights, a mighty but tormented king, and a beautiful yet ice cold princess.”

What I can do, albeit still not very well, is write. And that’s when it hit me! That flash of brilliance that is! The first thing that came to my mind was: “A picture is worth a thousand words, but one word can paint an infinite number of pictures!!!”

Do you see the genius of that statement? It is there. Just think about it: what’s the one reason a movie will never be as good as the book it is based on? It’s that it paints all the pictures for you!

In a book, you read the word “castle” and what comes to your mind is only limited by, well … your mind. Unless I get over zealous with my description and bore you to death with every intricate detail about that castle, you’ll build your own … you got it … “castle”.

In a movie, there is no imagining, no dreaming. The director’s castle is going to be your castle too, whether you like it or not.

So, although I’m not good at painting, or drawing, I’ll still be able to create incredible pictures in your mind with just words. Once I get good at writing, that is. Until then, you’ll have to forgive me for making you guess where my stories start.

P.S. You have no idea how proud I am of my new saying: “A picture is worth a thousand words, but one word can paint an infinite number of pictures!!!” I’ll have it printed on a T-shirt that I’ll be wearing at all my writers’ group meetings. I’ll probably post it on a number of forums too. I like to brag, can you tell?

When other people start using those words, I’ll say: “Do you hear that? I came up with it. People can’t figure out what’s going on in my stories, but that’s OK. Because I came up with that famous saying. I’m quotable now!!!”

I’m going out for a run now. Hopefully I’ll fall flat on my face. Because I know all to well the saying “pride comes before the fall” is true. I’ve lived it many times. I want to get this fall out of the way. I love running. If I can get a run and a fall in at the same time, it would be like shooting two birds with one stone. I try to be very efficient with my time! 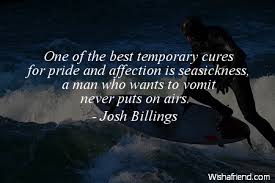