Only once was I truly tempted to see a fortune teller. I had just experienced the loss of someone I loved and still do very much and it was hard for me to cope with it. I didn’t end up going anywhere. A family member discouraged me from it and I’m glad they did.

Fortune telling in itself isn’t bad. It might even have some entertainment value to it, when put in the right perspective. The problem is that it can mess up with your mind. It can change a possibility into a certainty … your mind’s certainty, anyway.

You have a nice, weed free lawn. There is always a chance that a dandelion would grow in there. A seed carried by the wind might land on your lawn, take root, and grow into a weed. But, that same seed might have landed on your neighbor’s lawn instead, if the wind were just a bit stronger. Who’s to say? Everything is possible.

You visit a fortune teller. That is the equivalent of inviting someone over to plant a dandelion seed on your lawn. It will grow into a weed. Unless you make an effort to get rid of it, that weed will ruin what used to be a perfect lawn. Darn fortune teller! Not only did she mess up your yard, now you have to spend time and money to fix her mess. Otherwise the weeds will take over your lawn and choke out all the other plants. Not good!

Maybe I should explain using a real life scenario. Let’s say I’m a fortune teller. You come to me and, after a bit of theatrical smoke and dramatic sweeping motions of my hand, I’m able to peel away the veil that separates “our world” from the “other world” and take a peek into your future. A gasping sound from me makes you realize that what I see is not good. I’m sorry to say but you’ll be dead before you turn fifty. Can I have my payment now? I’d like to see my money before you die.

Very few people have the ability to ignore that kind of prediction. Most will be affected by it more than you’d expect. I’m by no means an expert on this, but my guess is that your conscious brain might be able to discard that gloomy prophecy. Your unconscious mind won’t though.

You’ll start noticing things that have always been there, yet they held no significance for you.

But now, the missing pieces (like the all important deadline for your demise) are here, and your mind is trying to figure it out how to put them together. That’s why your brain is actually looking for and seeing clues all around you. Never mind that you might have been given the wrong pieces (some very authentic looking fakes), or even the wrong puzzle!

I’ll use another specific example now, although this post is turning into a short story. It’s a personal example this time. I love riding my bicycle. For a couple of years I rode between 100 and 200 miles every week. Sometimes even longer than that. During that time I got hit by two cars. Very scary experiences! I wasn’t badly hurt physically but I was shaking pretty badly after each accident.

The first time it took me almost two weeks to be able to get on my bike and not cry. I was still riding the bike everywhere, just as before, only I was shaking most of the time. After the two weeks my fear went away.

I got over the shock of the second accident even faster, in just a few days. After that, I went back to riding my bike oblivious to all the cars that could kill me … just as before.

But, about a year ago, someone started talking to me about the dangers of bike riding. I was seeing that person two to three times a week. Every single time they reminded me of the texting drivers, of my non-existent chances of surviving a hard hit by a car, and of my kids who would be left behind motherless. Guess what? After a few weeks I started believing that my new acquaintance had had some kind of premonition of my death.

Up until then I knew my death was something that would happen sometime in the future. Too many unknown variables made it impossible for me to truly see it as something I should prepare for. Yet, after talking to that person for a while, my death became an imminent certainty. And my brain was trying to figure out the how.

Every car that got too close became “a killing machine”. Every bike ride was “my last one”. Even worse, it was my worry that was putting me in danger. I was “jumpy”. Looking behind too often. Stopping too fast. All those things that make drivers dislike bike riders. I was the definition of a self-fulfilling prophecy.

Riding my bike changed from pure pleasure to a dreaded routine. So I stopped riding my bike. How foolish!!! I absolutely love riding it.

For the sake of keeping this post short-ish I’ll skip some details and just tell you that I’m back to riding happily and without a care … for the most part. Death may come as soon or as late as it chooses to. I hardly have any control over that. I’m not going to help it though by worrying about it. Or by seeing signs where there aren’t any. If I focus on life instead, I start noticing the light breeze, the sun, the way my body moves and helps me clear up my mind during a good ride, the freedom  and satisfaction that only physical effort can bring. And my brain is busy putting those pieces together. Now instead of seeing danger everywhere, I see new routes. I see ways of riding more often. I see trails that can take me even further.

So, if a fortune teller says you’re going to die by the time you’re fifty, guess what? She could be right. Many people do. But, life expectancy being as it is nowadays, more don’t. I don’t think anyone can truly see your future. Yet someone could plant a thought into your head and make you “jumpy”. Make you look behind too often and lose the ability to see the deadly drop that’s just in front of you. Make you stop too fast and crash because of it. They could change you into a walking self-fulfilling prophecy.

For myself, I choose to stay away from fortune tellers. I don’t need the extra clutter in my brain. It’s up to you what you decide for yourself. I wish you a happy, long life nonetheless. 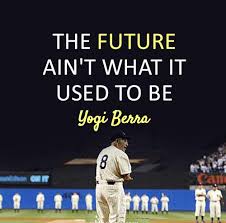 P.S. I didn’t do any research before I wrote this post. I have no idea how the brain truly processes a “prophecy”. These are just my thoughts based on my experiences.

Also, I didn’t mean to imply that fortune tellers are some kind of greedy, ruthless snake oil salesmen. Some might very well be close relatives of yours. Good friends. Strangers who don’t charge you a thing for the “premonitions” they share with you. But I did mean to say that I didn’t think anyone could truly tell the future.

Nowadays, there are highly sophisticated computer programs that can predict  with uncanny accuracy a lot of our future actions. But, it’s very important to note that these predictions are based on our past actions not some kind of special psychic powers that allow those computers to see the future. Change your present behavior and you’ll be changing your future.

In the end, I think the most important point I would like to send across with this post is that the future is not for us to know. The future is for us to make.