I mentioned in my post yesterday that today I would share a non-depressing quote about love. Here it is:

Love is a temporary madness, it erupts like volcanoes and then subsides. And when it subsides, you have to make a decision. You have to work out whether your roots have so entwined together that it is inconceivable that you should ever part. Because that is what love is. Love is not breathlessness, it is not excitements, it is not the promulgation of promises of eternal passion, it is not the desire to mate every second minute of the day, it is not lying awake at night imagining that he is kissing every cranny of your body. No, don’t blush, I’m telling you some truths. That is just being “in love,” which any fool can do. Love itself is what is left over when being in love has burned away, and this is both an art and a fortunate accident. Your mother and I had it, we had roots that grew towards each other underground, and when all the pretty blossom had fallen from our branches we found that we were one tree and not two.

This is one of my favorite quotes about love. I’m trying to keep this post very short so I’ll say only two things about it:

It doesn’t matter if you could put together the most amazing clean-up crew for disaster areas. The kind of crew that could make it look like the eruption of Mount Vesuvius never happened and could even bring Pompeii back to its former glory.

It doesn’t matter if you could get genius psychiatric help with your temporary madness. It doesn’t even matter if you could have an “Eternal Sunshine of the Spotless Mind” kind of surgery to remove all memories of the one who left you breathless, made you dream of mating every second minute of the day, and made you stay awake at night imagining that he’s kissing every cranny of your body.

The thing is, new roots have started and, if you were to lose the one you fell in love with, those roots would die and part of you would die also.

I hope you enjoyed this quote. And I hope also that you’d be fool enough to be “in love”, and lucky enough to find true love. 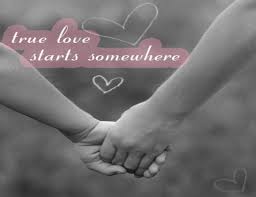